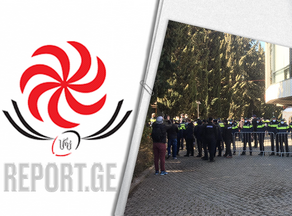 Another election starts in the Rugby Union. The members are gathering at Expo Georgia at the moment. Ioseb Tkemaladze's candidacy will be voted today.

Due to security reasons, the law enforcers are mobilized in the area.

Supporters of Irakli Abuseridze, the former presidential candidate of the Georgian Rugby Federation, say that the March 10 elections are illegitimate; they do not recognize the results and intend to continue to fight.

The Georgian Rugby Union issued a statement regarding the elections, calling on a specific group to refrain from destructive actions and remain in the legal space.

A former presidential candidate is on the spot. Abuseridze told reporters that he and his supporters came to protect the votes.