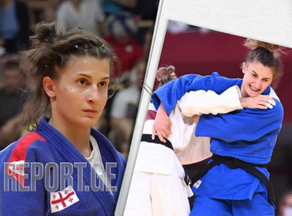 On the third day of the Tokyo Olympics, two Georgians - Lasha Shavdatuashvili (73 kg) and Eter Liparteliani (57 kg) competed in the judo tournament.

Eter Liparteliani met PolishJulia Kowalczyk and defeated the opponent with a clean victory in extra time and then lost the battle for third place to the Japanese Tsukasa Yoshida.

Lasha Shavdatuashvili, the champion of the 2012 Olympic Games and the bronze medalist of the Rio Olympics, is in the final of the Tokyo 2020 Judo Tournament.