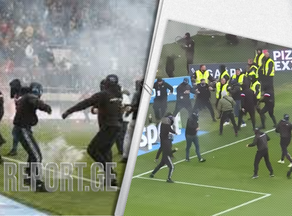 The fans disrupted the match between FC Spartak Trnava and ŠK Slovan Bratislava. The confrontation started between the fans but then moved to the field.

The game lasted a total of 15 minutes.

Eventually, the police stabilized the situation, although the chief referee announced that the match would no longer take place.

The captain and vice-captain of the Georgian national team, Jaba Kankava and Guram Kashia, are playing in ŠK Slovan Bratislava. The coach of the team is the former coach of our team, Vladimír Weiss.