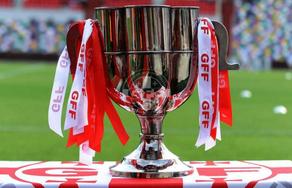 The draw of the first and second stages of the Davit Kipiani Georgian Cup took place at the Football Federation.

Sixteen teams from League 4 participated in the draw, while there were ten representatives from League 3 and 10 from National League 2. Davit Kipiani Georgian Cup will start on August 22.

Along with the 18 winners of the first stage, the six teams of the National League, which will not compete in the Euro tournaments next season, will be involved in the second stage of the Davit Kipiani Georgian Cup. Eurocup participants will play from the quarterfinals.