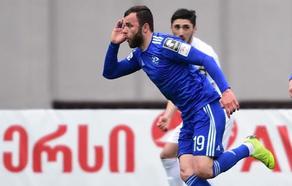 Georgian footballer Levan Kutalia is going to move to the Hapoel Tel-Aviv Football Club, according to local media outlets.

Details have not yet been released. Kutalia was a footballer of Kazakhstan's FC Irtysh Pavlodar, but the Club had financial issues and ceased to exist eventually.