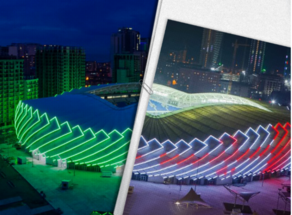 Due to the epidemiological situation, the Georgia-Kosovo match scheduled for today in Batumi within the framework of the qualification stage of the World Cup in football will be held without spectators.

According to the decision of the Interagency Coordination Council, the same will happen to all other allowed sporting events due to the epidemic.

The match is held under the auspices of FIFA. The Football Federation hosts the event.

The Ministry of Culture, Sports and Youth states that Georgia strongly supports Serbia's sovereignty and territorial integrity and works closely with the Serbian government, following the norms and principles of international law. Accordingly, the sporting event to be held in Batumi is in no way related to the recognition of the Kosovo side as an independent state in any form.

FIFA membership and its charter oblige the Georgian Football Federation to hold this match at the qualification stage of the World Cup.