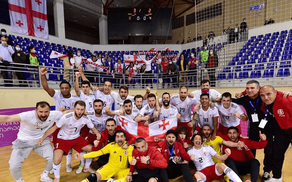 The Georgia national Futsal team has become a participant in the EURO 2022 after Serbia played against Romania in the fourth qualifying match, and the game ended 4-4. This resulted in the Georgia national team becoming one of those eight teams that will participate in the European championship. This is a historic achievement for Futsal.