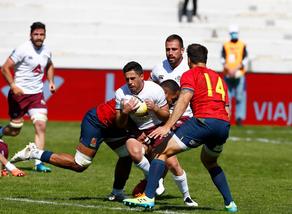 The national rugby team of Georgia has defeated Spain’s one 25:19.

Georgia’s team put two grounds in the second half of the match. Aka Tabutsadze and Jaba Bregvadze did it.