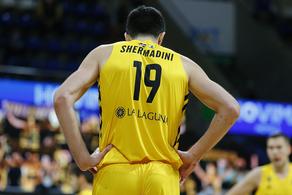 One of the best players at the Spanish Lenovo Tenerife basketball team, Georgian Giorgi Shermadini was not allowed to enter Russia, where the Championships league is being held. The Georgian basketball player spent the entire night at the Nizhny Novgorod airport.

Marcelo Huertas, the Brazilian basketball player, said in his Instagram post that they all support Shermadini. ''The fact that they refuse to allow our team's best player to the country is unacceptable and totally unbelievable. He is still there, and no one has so far lifted a finger to do something about this. Ahead of the immensely important and tiring games, Gio had to spend the night in the airport seat. Hopefully, this will soon end,'' he wrote.