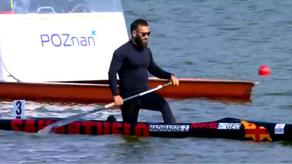 Georgian canoer Zaza Nadiradze has ranked second at the world championship in Hungary.

In the first qualifier for the final competition, Nadiradze ranked first but lagged behind champion Ivan Shtyl with 0.29 seconds in the final round.

Another Georgian canoer Murman Malania ranked eighth during the championship.