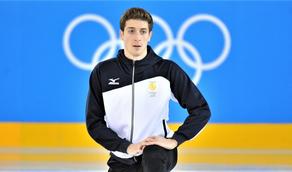 Georgian figure skater Moris Kvitelashvili has gained the second victory today and earned a pass for the Olympic Games.

After another Georgian skater, Ana Urushadze’s victory, Moris Kvitelashvili succeeded, and he was enlisted among the 23 athletes that are free to participate in the Olympic Games under the world championship results.