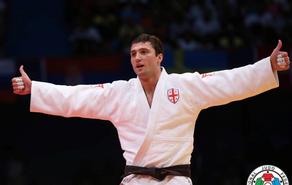 On 12 January, Georgian judoka Tato Grigalashvili has won the first gold medal for Georgia after beating his Dutch rival Frank de Wit in the U81kg category.

On the very first day of the tournament, Vazha Margvelashvili was awarded bronze in the 66kg category.

Georgia has so far won gold, silver, and two bronze medals at the international judo competition at Doha Masters.