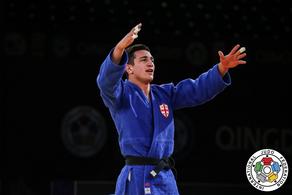 A Georgian judoka competing on behalf of Spain, Nikoloz Sherazadishvili was his rival.

Beka Gviniashvili ranked third in the same weight category, as he defeated his Azerbaijani rival Mekhdiev.