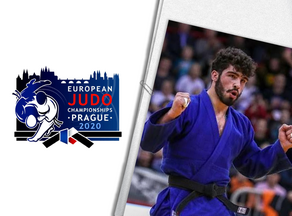 Tato Grigalashvili (81 kg) has emerged with a gold medal after defeating Bulgarian Ivaylo Ivanov during the final match of the men's 81kg category at the European Judo Championship in Prague.

Grigalashvili first bested Italian Christian Parlati and his Greek rival. In the quarter-final round, Georgian Luka Maisuradze and Belgian Matthias Casse lost to Grigalashvili on the ground.

Georgian Luka Maisuradze competed against his Azerbaijani, Dutch and Belgian rivals and won bronze after defeating them.

All three Georgian judokas at the Championship won medals.