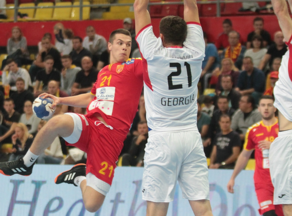 Georgian National Handball team lost 25:21 with the North Macedonian team in the game held in Macedonia.

According to the Head of Georgian delegation, Vakhtang Meipariani, the North Macedonian National team is a strong rival which has not omitted the World and European championships during the last 8 years.

The second match between Georgian and North Macedonian national teams will take place tomorrow in Boris Trajkovski Arena of Skopje.