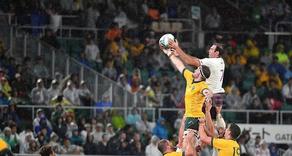 The national rugby team of Georgia has been defeated by Australia at the world rugby championship in Japan.

The national team of Georgia accumulated five points and is ranked fourth in the group.

It means the Georgian athletes will have to play qualifiers to be granted the right to participate in the next world championship.