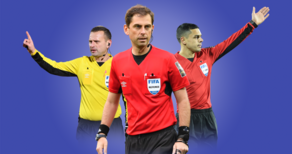 Kruashvili embarked on his referee career in 2003. The 35-year-old has been working on various UEFA-led matches over the last years, while he served as a referee at the final U-21 European Championship match.