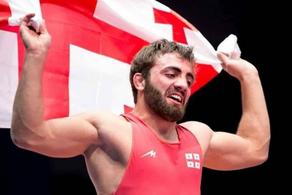 In the final round, he defeated the Turkish wrestler Ramazan Sary with 6: 4.

Another Georgian participant of the tournament, Irakli Mtsituri, will compete for the gold medal in the 92 kg category.