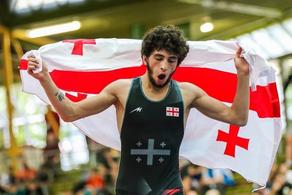 The Georgian wrestling team won two gold and one silver at the international tournament in Bulgaria.

Bakur Gogol (82 kg) became the vice-champion of the tournament from the national team in the Greco-Roman style, while Kerim Machalikashvili (63 kg) and Otar Abuladze (72 kg) earned bronze.

Giorgi Katsanashvili (97 kg) will take part in the final, while Temur Chkuaselidze (87 kg) and Mate Gokadze (130 kg) will continue to fight for the bronze medals.