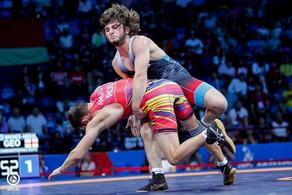 The Georgian team claimed first place in the total rating.