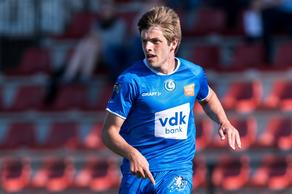 K.A.A. Gent midfielder Giorgi Chakvetadze ended the treatment of the injury, and coach Jess Thorup included him in the application for the match with K.V. Kortrijk in the second round of the Belgian championship.

Another player of the Georgian national team, Giorgi Kvilitaia, was also included in the application.