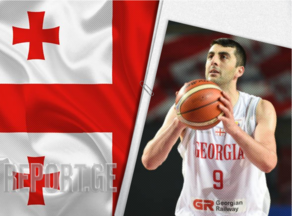 Giorgi Shermadini, a player of the Georgian national basketball team and Spanish Lenovo Tenerife, has been included in the symbolic five of the Champions League.

The final eight of the competition is taking place in Nizhny Novgorod. Shermadin's Lenovo Tenerife will meet French SIG Strasbourg in the quarterfinal today, on May 6.

The official website of the Champions League said it would announce the best basketball player (MVP) of the tournament on Friday. Earlier, a symbolic five called the "five stars" was named.

A few days ago, Giorgi Shermadini was not allowed in Russia due to a lack of a visa, and he had to spend the night at the airport.