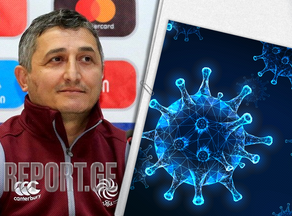 Levan Maisashvili, the head coach of the Georgian national rugby team, has recovered from coronavirus, according to the ''Georgian and International Rugby.''

Maisashvili is reportedly still at Johannesburg hospital; however, he is now in stable condition.

Levan Maisashvili contracted coronavirus in South Africa, where the Georgian team met the world champion on 3 July. On July 10, the test match was called off after coronavirus cases were confirmed in the team.

Maisashvili has spent more than a month at Johannesburg hospital; first, his health condition was critical but improved with time.