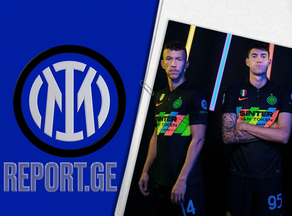 Football club Inter Milan has presented the third set of uniforms for the 2021/22 season. It is black; the t-shirt has different colored stripes.

"The third set is inspired by the values of inclusiveness and equality that have been part of the club since its inception.

Bright colors on the uniform are a symbol of acceptance of diversity and the elimination of all forms of discrimination," said the club's press service.

This season, Inter Milan has gained 7 points after three rounds of the Italian championship.

Brothers and Sisters of the World