Ioseb Tkemaladze elected as President of the Rugby Union 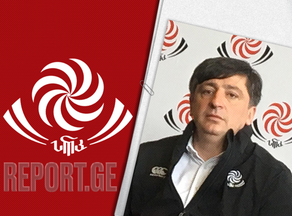 Ioseb Tkemaladze was elected on the post of the President of the Rugby Union.

Tkemaladze was the only candidate for the Union's presidency today, but Irakli Abuseridze's supporters consider the election results illegitimate.

According to the chairperson of the board of the Rugby Union, a quorum was formed, and the majority elected Tkemaladze.

"A quorum was held today; 25 delegates came, with 42 votes. For a quorum to be repeated, 50% + 1 vote is needed. A total of 38 votes were enough to hold the meeting. We elected the President," Gocha Machavariani said.

After being elected, Ioseb Tkemaladze noted that the developments outside were unfortunate.