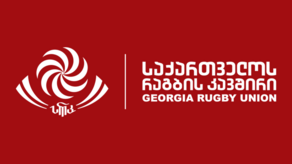 Ioseb Tkemaladze was registered as a presidential candidate on February 19, 2021, nominated by 24 members.

The elections of the President of the Georgian Rugby Union will be held on February 24 at the next general meeting of the members.

Ioseb Tkemaladze got presented by:

The President elected, Irakli Abuseridze, was not registered in the public register.

Irakli Abuseridze was elected President of the Rugby Union on December 30. He received 31 votes, while Gocha Svanidze received10 votes.