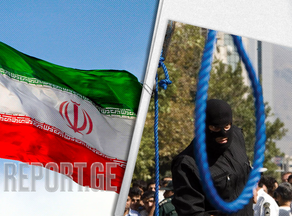 A 29-year-old athlete was found guilty of murder. In 2015, he quarreled with a young man, which resulted in death.

An Iranian court has allowed the relatives of the deceased to follow the principle of equal revenge. The wrestler will be hanged.

Another wrestler, Navid Afkari, was sentenced to death in Iran in September. In 2018, he took part in anti-government rallies.