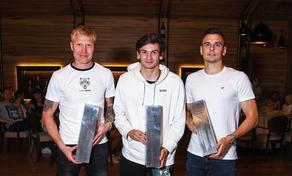 Khvicha Kvaratskhelia played the last part of the Russian championship brilliantly. The Georgian national team's forward was named the best player of the 2019/20 season of FC Rubin Kazan.

The best players were revealed in a fan poll on the official website of Kazan. A 19-year-old Georgian Khvicha Kvaratskhelia, 32-year-old Russian goalkeeper Yuri Dupin and 23-year-old Croatian defender Filip Uremovic are in the top three. The best players of the season were awarded at a team evening after the season's last match.