Lasha Shavdatuashvili in the semifinals 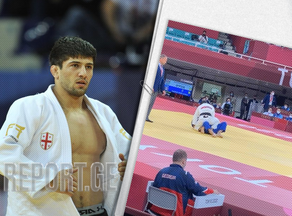 Lasha Shavdatuashvili is in the semifinal of the Tokyo Olympic Games. He recently defeated a Canadian opponent.

The Olympic champion started the race in Tokyo with a victory and defeated 1/32 Frenchman Guillaume Chaine, after which he held a meeting with the representative of Djibouti and defeated him as well.