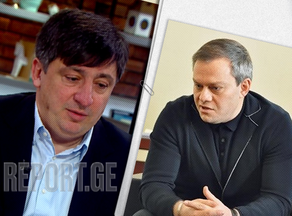 Another election-related meeting has been scheduled in the Rugby Union for tomorrow.

Supporters of the former presidential candidate Irakli Abuseridze allege that the 10 March elections are illegitimate, and they plan to fight for justice till the end.

The Rugby Union released a statement regarding the 10 March election urging certain people to refrain from destructive actions by breaching the law.

The Rugby Union election-related meeting is set to be held at Expo Georgia tomorrow.