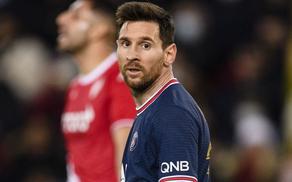 Lionel Messi has been pictured boarding a flight back to France after finally testing negative for Covid-19.

The Paris Saint-Germain striker was diagnosed with coronavirus during his winter break in his hometown of Rosario, Argentina.

The scenario led to speculation over where the 34-year-old caught the virus and a local DJ, Fer Palacio, was forced to deny his responsibility after attending a Christmas party with Messi and subsequently receiving death threats on social media.

Messi was pictured boarding a flight bound for Europe in the early hours of Wednesday morning.

Following a negative test result, the player was given permission to return to PSG having first tested positive on Boxing Day, it has been reported by Argentine outlet El Litoral. It is said that he remains without symptoms since the diagnosis.