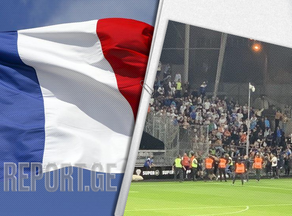 After the Angers SCO - Olympique Marseille match in the 7th round of Ligue 1, a mass brawl broke out between the fans, RMC Sport reports.

Following the final whistle, Marseille fans entered the field and ran towards the rival fans. At that time, the supporters of the two teams began to fight, damaging the stadium equipment.

The game ended in a scoreless draw. This is not the first scandal involving "Marseille" in the current season of the French championship. Earlier, in the 3rd round match of French Ligue 1 "Nice" - "Marseille," the host fans rushed to the field and quarreled with the players.