Nijat Kurbanov leaves "Samtredia" and returns to his homeland 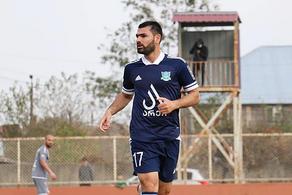 Giorgi Jgerenaia left the team as well and moved to "Saburtalo." As for Diego Diz, the Spaniard will continue his career in the Finnish "Oulu." The club thanks all three of them for their service and wishes them success in the future.

According to the management internet agency "Transfermarkt," the 28-year-old attacking midfielder will continue his career in his homeland, "Keşla FK" of the Azerbaijani Premier League.

Nijat Kurbanov joined Samtredia on June 19, 2019, from the Azerbaijani club Sumgayit FK. During his time in the club, he played 25 games for the Georgian club, scored ten goals, and provided three assists.