Number of foreign delegations to be halved at the Tokyo Olympics 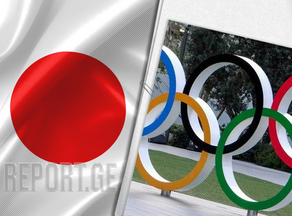 The Japanese government says the number of foreign delegations to the Tokyo Olympics will be halved. The total number of guests at the Olympics, excluding athletes, will be no more than 78 thousand people, Kyodo reports.

Such measures will be taken to prevent the spread of coronavirus in the country.

Earlier it was estimated that the number of delegations was about 180 thousand people. It was also reported yesterday that the Japanese government plans to ban heads of state and ministers from meeting with athletes during the Olympics.

In addition, the organizers of the Olympics advise all guests to stay in Japan for the shortest time, not to use public transport, and not to travel outside of Tokyo.

The Tokyo Olympics was supposed to be held last year, but international sports competitions were postponed for a year due to the coronavirus pandemic. The games will be held from July 23 to August 8, 2021.