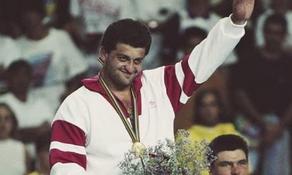 According to the International Judo Federation, the legendary Georgian judoist, Olympic champion Davit Khakhaleishvili died at the age of 49 after a serious illness.

Davit Khakhaleishvili was a cavalier of the Vakhtang Gorgasali II Degree and Order of Honor.

He received the Presidential Order of Excellence in 2018, as well as the Order of the Georgian National Olympic Committee in 2003.