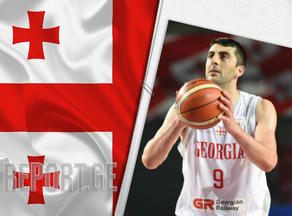 Giorgi Shermadini, a player of the Georgian national team and "Lenovo Tenerife," was allowed to enter Russia. The Spanish team flew to Nizhny Novgorod, where the Champions League "Final Eight" is to be held on May 5-9. However, Giorgi was not allowed to cross the border due to the lack of a Russian visa. He had to spend the night at the airport.

Giorgi Shermadini had a Spanish residency card, but this document did not work. According to the Tenerife website, they initially had information that Serbia, Montenegro, and Georgia did not need a visa to enter Russia.

Spanish basketball club "Tenerife" arrived in Russia yesterday. The 31-year-old basketball player has already joined the team at the hotel. Tenerife will face French SIG Strasbourg in the Champions League Eight Final on May 6, and if they win, they will meet either Spanish San Pablo Burgos or Jewish Hapoel Holon. The Champions League final is scheduled for May 9 in Nizhny Novgorod.