Referee brigade from Georgia involved in European Rugby Cup for the 2 December, 2021  22:51 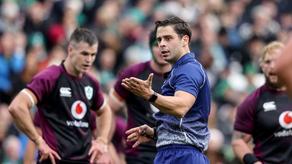 The referee brigade from Georgia _ Nika Amashukeli, Shota Tevzadze, and Saba Abulashvili _ will be involved in the most prestigious European Rugby Champions Cup (known as the Heineken Champions Cup) for the first time ever. The brigade will be delegated for the game between French Castres Olympique and English Harlequins in the first round of the 2021-2022 Rugby World Cup.

The Heineken Cup was launched in the summer of 1995 at the initiative of the then Five Nations Committee to provide a new level of professional cross-border competition. Twelve sides representing Ireland, Wales, Italy, Romania, and France competed in four pools of three with the group winners going directly into the semi-finals.