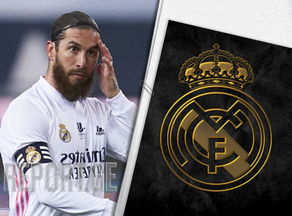 Real Madrid CF captain Sergio Ramos is leaving the team; information is confirmed by the official website of the "Royal Club."

A ceremony dedicated to the departure of Sergio Ramos from the club will take place on June 17.

Ramos' contract with Real Madrid CF expires on June 30. However, the parties could not reach an agreement on a new contract. The club offered the team captain and leader a one-year contract, and a 10 percent reduced salary, and the captain himself wanted to sign at least a two-year contract.