Shota offered to be a coach at Kayserispor 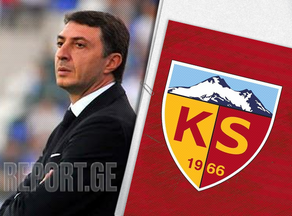 After the dismissal of the head coach of the Super League Kayserispor, Samet Aybaba, two candidates are being considered for his post, one of them is Shota Arveladze; the Turkish edition "Sabah" reports.

The letter, entitled "Is Shota Returning to Turkey?" covers the wishes of the board of directors of Kayserispor and the Georgian specialist's competitor.

"After Samet Aybaba, the leadership of Kayserispor wants a foreigner to coach the team. The board of directors decided to bring in a foreign coach. Among the candidates considered is Shota Arveladze, who used to be the coach of Kayserispor," the publication writes.