Tbilisi Grand Slam in judo to take place without spectators 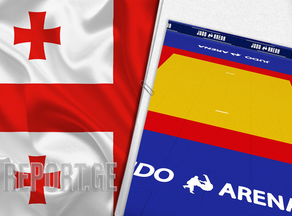 The Judo Grand Slam will be held at the Tbilisi Olympic Palace on March 26-28. Five hundred thirty-nine judokas from 86 countries will compete in the capital of Georgia, while 36 athletes will represent our country.

Tbilisi Grand Slam will be held for the first time in the history of Georgian judo.

Spectators were first allowed to attend the tournament, but eventually, the decision changed.

"Unfortunately, you should be informed that due to the COVID cases observed in the delegations, the International Judo Federation decided to hold the competition without spectators.

P.S.: The amount paid for tickets will be gradually returned to the fans," the Georgian Judo Federation said in a statement.