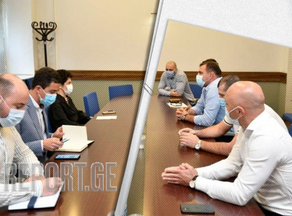 The Minister of Culture, Sports and Youth Affairs of Georgia, Tea Tsulukiani, together with the Deputy Minister Soso Giorgadze, held a working meeting with the leaders of the National Wrestling Federation.

The Minister thanked the Wrestling Federation for its successful participation in the Summer Olympic Games and noted that wrestlers always play a special role in the success of the Georgian Olympic team. The heavyweight wrestlers Iakob Kajaia (Greco-Roman wrestling) and Geno Petriashvili (Freestyle wrestling) won silver medals in Tokyo.

Tea Tsulukiani wished success to the federation and athletes. She promised them her full support.