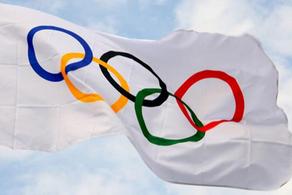 Georgian National Olympic Committee is celebrating its 30th anniversary.The memorial board is being placed at Chess Palace in Vere Park to honor of this festive event.

The main events have taken place at Georgian National Olympic Committee where the presentation of four-volume edition of Olympic Encyclopedia was held.

It was the first organization that declared independence from that of the Soviet Union and made decision to join the International Organization as an independent member.