The team trained by Shota Arveladze became a champion 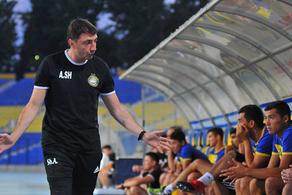 “The second title of the season! Thanks everybody for support!” – wrote Shota Arveladze in the social net.

The team trained by Arveladze won the Uzbekistan Championship 6 rounds before the end of it.

Shota Arveladze was 4-times named the best trainer of the season and awarded the prize at the end of the championship.

Arveladze managed to return the title of the most popular Uzbek team after a long pause; Pakhtakor had last won the country championship in 2015 and was the cup winner in 2011.