Tochinoshin wins for the third time 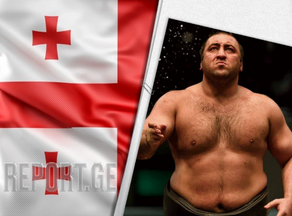 Tochinoshin won for the 3rd time at the Super Tournament 2021. He continues to fight with Maegashira to gain a positive balance.

The current opponent was the 7th Meisei, who was defeated by Tochinoshin.

Georgian sumo wrestler has a difficult mission to gain a positive balance. He has to gain five wins in six meetings. Tomorrow Tochinoshin's opponent will be Ecodek Takayasu.