Tushishvili gets to the finals by defeating Russian representative

Tushishvili gets to the finals by defeating Russian representative 30 July, 2021  13:27 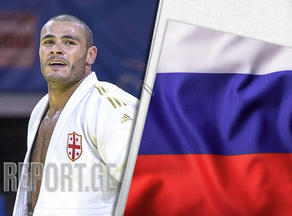 Guram Tushishvili, a heavyweight, won a trip to the finals at the end of the Judo Tournament at the Tokyo 2020 Olympic Games.

Georgian heavyweight met Russian Tamerlan Bashaev in the semifinal and defeated him with a clear victory.

Guram initially missed one Vazar but became even more active and defeated Bashaev with two Vazars in one minute. Tushishvili's opponent in the final will be Czech Lukáš Krpálek.