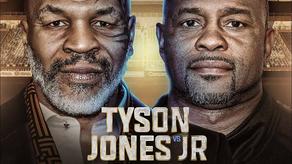 The fight between the legendary boxers Mike Tyson and Roy Jones Jr. has been over.

The fight included eight rounds of two minutes each.

The judges decided that the fight, which took place in Los Angeles, ended in a draw.