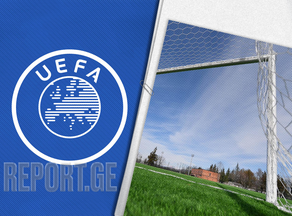 UEFA has released an article on its official website regarding a football academy opened in the village of Rukhi, northwest Georgia, Zugdidi district.

The Rukhi facility is the latest concrete example of UEFA's HatTrick programme in action, reinvesting revenue from the European Championship back into football development in three (hence its name) different ways: investment, education and knowledge-sharing, the article reads.

“Launched following EURO 2004 in Portugal, HatTrick is one of the largest solidarity and development programmes ever to be established by a sports organisation.

By 2024, the HatTrick programme will have made a remarkable €2.6 bn available to its 55 member associations over the past 20 years, with the most recent cycle, launched in July 2020, committing €775.5m over the next four years.

HatTrick’s contribution to the welfare of European football was never clearer than when the pandemic brought the game to a temporary halt. Despite the postponement of EURO 2020, UEFA quickly reassured national associations that it would honour the next four-year commitment, with €236.5m made available ahead of schedule to help meet the challenges of the pandemic,” it says.