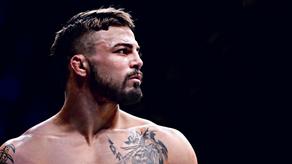 UFC fighter Mike Perry became the reason for a scandal. The athlete had a confrontation in one of the bars. During the dispute, Perry physically assaulted an older man in the facility. The fighter first threatened, then hit and knocked him out.

Mike Perry recently attracted public attention. He became the first fighter in mixed martial arts to invite a girlfriend to his corner instead of a coach before the fight.