Will spectators be allowed to attend European Football Championship?

Will spectators be allowed to attend European Football Championship? 13 April, 2021  17:48 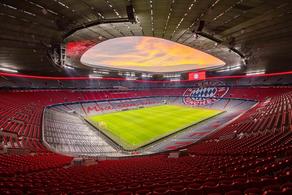 According to the Mayor of the German city of Munich, it is not ruled out that the spectators will not be allowed at the stadium to attend the matches of the European Football Championship. Consequently, Munich cannot guarantee that it will fulfill the obligation imposed by UEFA regarding the admission of fans to the stadium, News18 reports.

"We can not rule out that we will not be able to admit fans to the stadiums in June. The reason for this is that the coronavirus is spreading rapidly in Bavaria," said Munich Mayor Dieter Reiter.

Munich, Rome, Bilbao, and Dublin have not yet released information on whether they will admit fans to the stadium at EURO-2020. UEFA will make the final decision on April 19.

The European Championship will be held from June 11 to July 11. Due to the coronavirus pandemic, the championship got postponed for one year. The tournament should take place in 12 cities. These include St. Petersburg, Amsterdam, Baku, Bilbao, Budapest, Bucharest, Glasgow, Dublin, Copenhagen, London, Munich, and Rome.