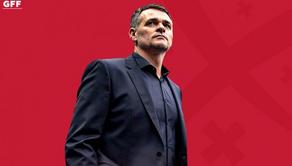 The Georgian national football team has a new coach - French Willy Sagnol, according to the Georgian Football Federation (GFF). The 43-year-old professional football manager was designated as a head coach on Feb 15.

In the first 2022 FIFA World Cup qualifying match, Georgia will play against Sweden. During his career, the new head coach of the Georgian national football team became the vice-world champion in 2006 and twice the confederations cup winner in 2001 and 2003.